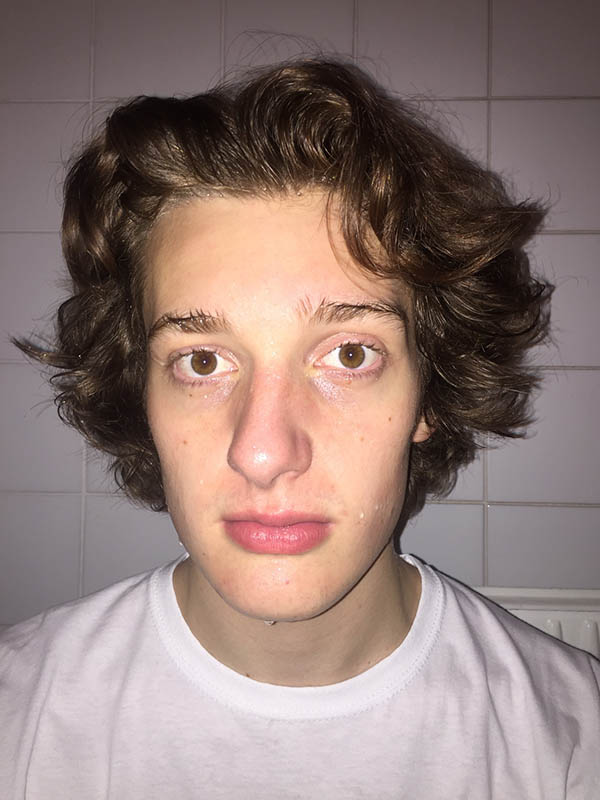 I, Artur Schernthaner-Lourdesamy, born 2001, live in Vienna. I graduated from the class Multimedial at “die Graphische” in July 2020.
I attend the Department Site-Specific Art (Ortsbezogene Kunst) at the University of Applied Arts Vienna since October 2020.

Currently I am interested in multiple Media such as
Photography / Video / Audio / Webdesign.

Columbusplatz, named after Christopher Columbus, is a square located between a busy road and a pedestran zone, framed by some historical buildings, with a fountain, cafes and flower beds. Traces of consume oriented city development are undermining this place.
A big entrance to an underground car park is cut into the middle of the square, leading to the Columbus Center, a modestly functional shopping mall with an aggressive postmodernist mirror glass facade, with an abstracted egg-shaped bay window integrated.

In the context of this urban environment, several meetings took place, in which the group used a loose set of “body exercises” to get in an open and experimental dialog within the group, the public space and people around.
Starting point for these experiments was a given platform in the center of the square.
Body exercises like falling, standing, or balancing weight, reach from singular exposure of a vulnerable body, to group acts of symbiotic movements of a collective force, to symbolic gestures resolving in absurdity.
The performers experiment with dependencies, gravity and the breaking point of a group.
Body-configurations and group dynamics influence each other mutually und create an inner narrative.
In other exercises, the idea of self-control or external power and activeness or passiveness played an important role.

The exercises followed a loose structure, where a set of ideas was fixed but the specific enactment was largely improvised. A group with defined rules, but without allocation of roles, communicating bodily and intuitively about the next step to take.
There were moments of discomfort and disorientation, which were accepted as the necessary side effect of being open and accessible to the unforeseen and incidental.

Main element of all exercises was the experience through the body and how it reacts as a group. All actions were experimental and improvised. In certain moments, even a child-like flow of playing occurred.

Columbusplatz is a very lively Plaza, maybe atypical of Vienna.
Our performance took place in coexistence to other activities there. We did not grasp for special attention, nor was anybody disturbed by our presence.

We were just doing our own thing, at times joining into the playfulness which was there already. This motivated a certain intimacy within our group, being able to concentrate but also lean back into the surrounding noise.

An interaction with passersby was not forced, nor avoided. It could happen at any time.

The performances were minimal and abstract in a way, to give space for connection between different personal ideas and layers of meaning inherent at the place itself.

In this Work I dealt with materiality, texture, trust. Its content lies somewhere between experienced here and now, my personal working process and exploration, properties of Material and on-site situation.

This installation addresses interaction in public spaces on an auditory and visual level. In a video installation, an objective view of an encounter is created. The spectator watches separate worlds collide, merge and avoid each other. In contrast to the visual representation, the auditory material is reproduced subjectively. In an interplay of confused everyday noises and musical improvisation on the double bass and piano, a carpet of sound is created in reflection of the visual depiction.

folder.pdf
A folder containing many of my photographic works.

I noticed that when in the Kitchen, I regularly need to set a Timer at 4 minutes. So i decided to build a 4-minute-timer from an arduino nano, some elecrical components and a 3d printed casing. When pressed once, it will count 4 minutes then start to beep and keep on beeping until pressed again. In case it’s been set accidentally, the timer can be canceled via a second press.